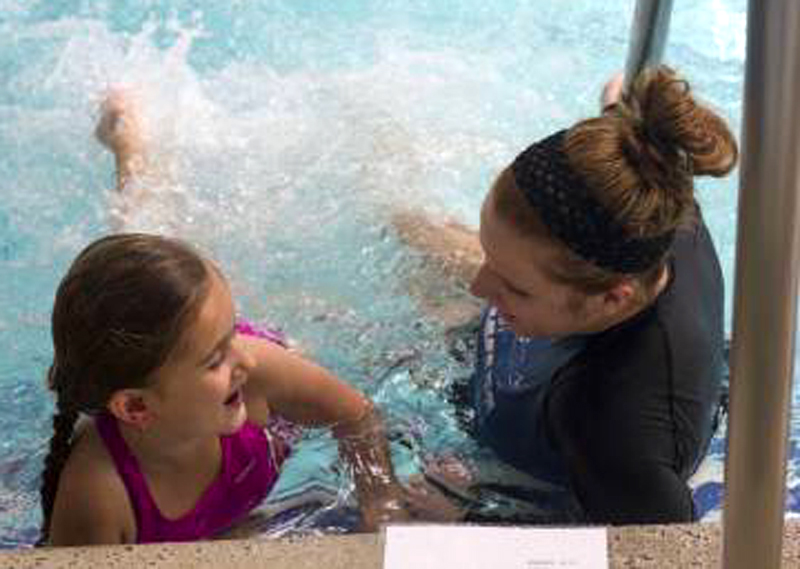 The Academy Swim club hosted a portion of the World’s Largest Swim Lesson and Guinness World Record event for the fourth time Tuesday.

“The whole event was put together for water safety because drowning is the leading cause of death for children 5 and under in the state of California, and children 14 and under worldwide.” said Nikki Miller, president of Academy Swim Club.

The record-breaking attempt is a multinational effort taking place in nine different countries.

Some techniques included kids floating on their back, swimming to the bottom of the pool to retrieve a diving ring, kicking, swimming out to the instructor and practicing holding their breath underwater.

The top-three ways to prevent a child from drowning are to install pool gates and fences, constantly supervise children and teach children to swim at a young age, she said.

“I’m really happy with the turnout and that all these kids and their parents are proponents and believers in helping the community and get the word out,” said Miller

After the children completed the swim lesson, they received an award and medal for participating in the event and helping to lower the drowning statistics.

“They had fun while they were doing it,” Miller said. “And they get to tell all their friends that they broke a world record this summer.”

Written by Jessica Boyer for SCVNews.com.  See the original article at http://scvnews.com/2013/06/18/kids-go-for-record-in-swimming-event/