The owner and founder of Academy Swim Club, Nikki Miller, was recently highlighted in Santa Clarita Living Magazine.  Below is the article by Jean Sutton, originally posted at http://santaclaritalife.com/articles/diving-nikki-millers-life-service/#comment-7339.

When you were in science class as a youngster, at some point you began to understand the many forms that water can take – what conditions affect its shape and properties. That’s kind of what it’s like when getting to know Nikki Miller. There is so much in her backstory that explains who she is today.

The tip of the iceberg is this: Nikki and her husband, Jim, own Academy Swim Club, teaching water safety and swim skills to babies as young as two weeks old through adults. The family works as a team in the business, and teams up for charity work on an ongoing basis – from collecting donations for the Philippine relief effort to caring for children before they are placed in families through adoption.

You get a broader picture of Nikki Miller, including her heart for helping, when you look at her background. “I grew up with parents who gave and donated whenever they could, and were actively involved in charities, and our church has always made service a big deal,” she said.

Nikki Miller is a licensed psychotherapist who, two decades ago, set aside her fees to help her neighbors. “My first non-profit was in that field, helping people get the therapy they need, even if they didn’t have the funds. There were 10 of us working with patients on a sliding fee scale, and we did lots of community work in the local high schools and provided free group therapy for months after the big earthquake,” she said.

She specialized in working with children and using play therapy, a continuing theme, which she would bring to the water.

“My husband, Jim, and I started up Academy Swim Club about 15 years ago, because I had taught swimming to put myself through college and an internship, so I had the background,” Nikki explained. “Shortly after we were married, we had Tadpool Swimschool for about 10 years, but it was seasonal. We ultimately wanted to work together and build a business around our family, which would allow our children to grow up in and eventually work with us, in the business. We are indoor now, open year round, teaching levels from beginner to triathletes and ironmen.”

Nikki has become an expert in swim safety, collaborating with the United States Swim School Association to rewrite their infant swim certification and guidelines, and giving presentations on infant swimming to the World Aquatic Babies Congress in several countries. “We not only teach children how to swim, but we make sure that water safety, respect for the water, and fun are all part of the program,” she said.

The couple’s most recent non-profit has been the Aquatic Safety Awareness Program, which educates the community on water safety. “Drowning is the number one cause of accidental death for children under the age of five in California, and it is 100 percent preventable, with education,” said Nikki.

Once again, it is the Millers’ backstory that explains the drive behind their service. “Years ago, my husband and I went on a date in the middle of the day, so we hired a babysitter and returned a few hours later,” Nikki began. “It seemed uneventful until after the babysitter left and we went to the backyard. I found wet clothes on the deck to the spa, with vomit all over. I asked my three-year-old son what had happened, and he told me that his one-year-old brother had crawled into the spa while the babysitter was inside, on the phone. My three-year-old was surprised his brother didn’t even move, but just lay there underwater, so he went in and pulled him out. This could have easily become a double drowning. We feel so blessed that it wasn’t more tragic, so we have taken on the ‘Safer Three’ campaign, started by a friend of mine, Johnny Johnson, in Orange County.”

Safer Kids – learn to swim and only swim with parents watching

Safer Water – fence pools and lock the gates, and put as many barriers of protection as possible, like upper locks on doors leading outside and pool surface alarms.

The campaign is supported and sponsored by the National Drowning Prevention Alliance, and the Millers take it into the preschools and kindergarten classes in the SCV, and sponsor a Water Safety Day each year at the local fire station.

“Kids love water, and they will find a way to get into it, even if it’s in someone else’s backyard,” Nikki explained.

And Nikki Miller knows what she’s talking about. She was a springboard diver in college and qualified and went to Nationals. “I had only been diving a few years, but I loved it,” she said. “So, when my son was in high school and on swim team, I was helping wherever I could with the swim coach. He talked me into coaching diving, so I convinced my son to give it a try. I ended up as varsity head coach for the Foothill League, including all six high schools in the SCV. I think we had eight kids qualify for CIF that first year, and one of them placed third at CIF the second year.”

Miller’s son only dove for one year, making it to CIF and placing in the top 16, but he found it difficult to practice and compete in two sports, so he concentrated on swimming his senior year.

She continued to coach diving that year, before handing the reins to Kerry Frick, who coaches the SCV divers currently. But the opportunities to give back have continued for the Millers.

“Last month at the Academy, we found out that a Philippine shipping company was offering free shipping for any donations to the Philippine relief effort, so we put out an email to our patrons. The response was tremendous, within 24 hours, so we decided to go big, and I invited my daughter’s school to participate. By the end of the week, we had to rent a moving van to take all the boxes of clothing, blankets, medication and food. It was so cool!” said Nikki.

Another big project this year was begun when Miller’s daughter had done a service project through her school for Zoe International, a non-profit group that rescues kids from human trafficking. “She came to me about a week after her project, just feeling so hopeless because her heart went out to them and she wanted to help, but she had no money and was only 11 years old,” explained Nikki. “I helped her do some brainstorming, and pointed out her amazing talent of singing, so we made a CD of 10 cover songs and she went out and got donations, mostly for $5-$10, giving a free CD for these donations. In six months, she raised over $1,500, donating it all to Zoe, and she was exposed to so many opportunities to grow herself, that it all came back to her 10-fold. That’s what service does, it helps you grow and feel great too!”

The young singer still has donations coming in through her Facebook and YouTube site (called Hailey Belle, where people can donate and get a digital download of her songs).

Among the most sacrificial situations that the Miller family demonstrated was a willingness to take two children into their home. What began as a commitment of a few nights became two and a half years, when the brother and sister could be permanently adopted, together in the same home.

“My husband, Jim, and I feel so blessed, even though this has been a really tough year for us,” said Nikki. “You can’t help but feel blessed, especially when you travel to other countries. We have always tried to put our family first and spend as much time as possible with them, and look for opportunities to help others. They come along all the time. We both decided a long time ago, that the biggest regrets in life aren’t about what you do, they are about all the opportunities to do something that we pass up because we are too busy or don’t feel like we can make a difference. We are just drops in a bucket, but if we pitch in, together we can fill the bucket and make a difference for someone, somewhere!” 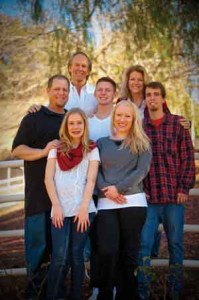 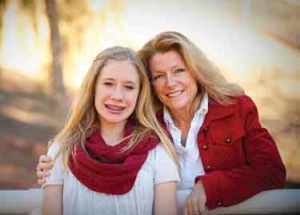